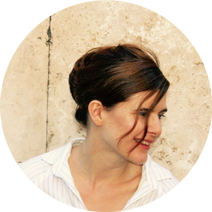 I work as a filmmaker, montage and story artist in Vienna, Rome and London.

I was born in the Austrian Alpine region of Carinthia to an Austrian father and British mother. In the early nineties, I moved to London where I attended AFECT, a practical 16mm filmmaking course under the patronage of Mike Leigh. I concluded my film studies with a PhD in Feature Film Screenwriting at the Royal Holloway, University of London, under the supervision of Sue Clayton (“The Disappearance of Finbar”) and Professor Mandy Merck.

In addition to my own film projects, which have been funded by federal institutions such as the Bundeskanzleramt Austria (BKA), I have worked extensively as a video editor and post-production manager for TV, internet blogs and other creative projects and as a script consultant for feature films. I have also translated screenplays and created subtitles for major film and TV productions.

Film as the language of overcoming and becoming has always fascinated me, while the depiction of women away from masculine tropes of female sexuality and victimhood has formed the crux of my work. Looking for empowering narratives in the here and now as well as the future and the past and interrogating human desires in fictional narratives and at the level of the cinematic image are my areas of specialization.